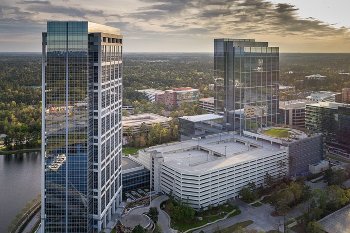 The Woodlands is a city which was originally founded in 1974 by a man named George P. Mitchell. Ownership was eventually changed for the Woodlands in the 1990s, and became a product of a joint partnership which existed between Crescent Real Estate Equities and Morgan Stanley. In 2004, Crescent sold all of their interest in the Woodlands to a company known as the Rouse Company, which is a development company that was quite familiar at the time with master-planned communities. The Woodlands is quickly growing up to be quite the formidable city, as there are many companies who are interested in moving to the Woodlands; including Anadarko, Hewitt Associates and even Chicago Bridge and Iron.